The Perpetuity of the Law 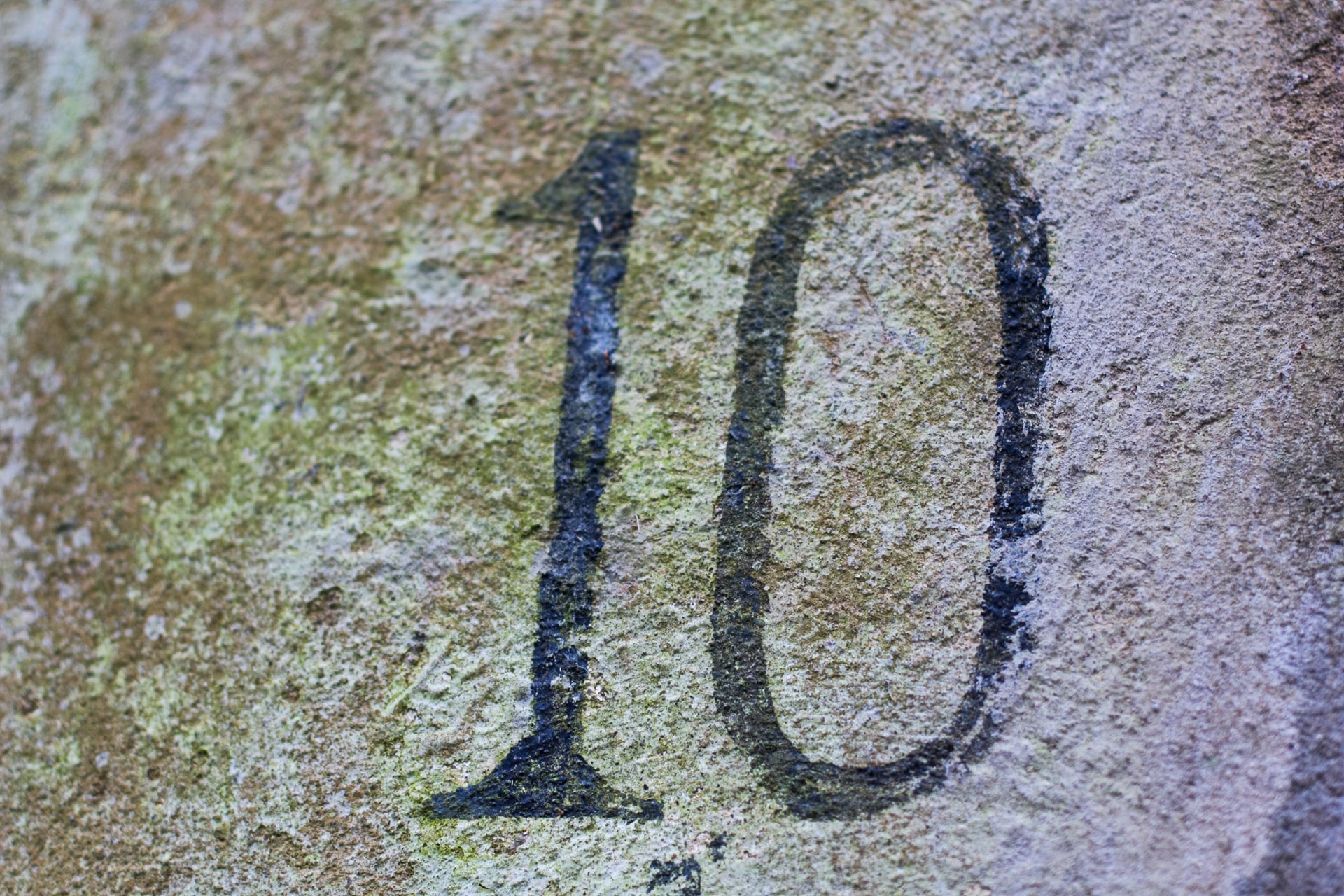 The entirety of my first post in this series was dedicated to identifying the significance, the theme, and the development of the Matthew 5:17-20. In particular we identified its specific theme as follows: The theme concerns Jesus’ relationship to the Old Testament Scriptures. Those Scriptures are described in the way typical of the New Testament as the law and the prophets. Jesus’ relation to them is described both negatively and positively. It is not to abolish but to fulfill them. Jesus comes to bring the Scriptures to their intended goal or predestined destination. This relationship of Jesus to the Old Testament is the underlying theme of the entirety of verses 17-20.

In this post I want to consider how this theme is developed in verses 17-19 of this key passage.

Assuming everything we have seen so far regarding the theme of verse 17, there is an admonition or warning given in light of His relationship to the Old Testament. This warning is brought out by both the prohibition and the positive command of verse 17 as to what we should think of Jesus relationship to the Old Testament: “Do not think that I came to abolish the Law or the Prophets; I did not come to abolish but to fulfill.”

I have already answered most of the questions which arise over the meaning of this verse. There is, however, one question that remains to consider. Why did Jesus feel that such a warning as He gives here was necessary? What potential misunderstanding of His mission does He have in mind about which He feels the necessity of giving such a stern warning? Let us try to think our way back into the situation. This will help us perceive Jesus’ concern. There are a number of pertinent observations:

This, then, is why Jesus feels the need to issue this warning. A new time—the time of the kingdom—has come. What will this mean for the law and the prophets? Does it mean that their time is over and that their authority has been overthrown? To this Jesus gives an emphatic answer. It does not! He does not overthrow their authority. Rather, the authority of the Old Testament Scriptures remains and must remain inviolate forever. It is not their abolition, but their fulfillment which Jesus brings.

Verse 18 reads: “For truly I say to you, until heaven and earth pass away, not the smallest letter or stroke shall pass from the Law until all is accomplished.” This verse provides what I have called a doctrinal confirmation of the warning of verse 17. That is, Jesus here tells us an important reason why it cannot be thought that His arrival means the abolition of the law or the prophets. What is that reason or rationale? It is the detailed and perpetual authority of the prophetic Scriptures as the law of God. Several observations will make this clear.

III.    The Practical Application of This Relationship

In verse 19, Jesus provides to us one of the major practical applications of what He is teaching: “Whoever then annuls one of the least of these commandments, and teaches others to do the same, shall be called least in the kingdom of heaven; but whoever keeps and teaches them, he shall be called great in the kingdom of heaven.”

When we come to verse 19, we must face a question—and it is a great question with regard to the meaning and application of our passage. You have heard me say so far that “the law or the prophets” in verse 17 and even “the law” in verse 18 speaks of the Old Testament as the prophetic Scriptures. The implication has been that the Lord is not thinking merely of the moral law or the Ten Commandments. In other words, the emphasis is on the fulfillment of scriptural prophecy and the completion of movement toward the future embodied in the Old Testament. Do we, however, meet in verse 19 a contradiction of that interpretation? You can see why I raise that question. Jesus in verse 19 speaks of commandments which must be done. The word translated keeps in the NASB is literally the word for doing. Jesus literally says, Whoever does and teaches them. So, what do you do with that, Pastor Sam? My general response is that we do not meet here a contradiction but an expansion of the idea of fulfillment. Jesus singles out one major practical application of the fact that He came to fulfill Scripture.

Matthew 15:3 And He answered and said to them, “Why do you yourselves transgress the commandment of God for the sake of your tradition?”

Here the commandment in question is the Fifth Commandment, Honor your father and mother (Matthew 15:4).

Once more the content of the commandments is clear in this context. It is the Ten Commandments that are in the forefront of Jesus’ mind. The Sixth through the Ninth Commandments are mentioned in order, then the Fifth, and finally the general commandment which summarizes the second table of the law, Love your neighbor as yourself.

The last three uses of commandment in Matthew occur here. The two great commandments which summarize the content of the Ten Commandment are specified as the commandments upon which the law and prophets depend.

The focus of these other occurrences is on the imperatives of the Old Testament. Prominent among these imperatives which must be kept and observed are the Ten Commandments. This means that the focus of Jesus’ concern turns in verse 19 from the fulfilling of Scripture in general way to its fulfilling by the keeping of its commandments specifically.

But now consider the other parallel passage. It is found in Matthew 23:23:

“Woe to you, scribes and Pharisees, hypocrites! For you tithe mint and dill and cumin, and have neglected the weightier provisions of the law: justice and mercy and faithfulness; but these are the things you should have done without neglecting the others.

Here in these two passages, we have a window into what Christ means by the least of these commandments. The greatest commandments are love God and your neighbor. These are the foundational commands upon which the rest of the Old Testament is built. But it is not just the greatest and foundational commands which the Christian is to do, keep, and teach. It is prominently the Ten Commandments. Yes, and even the least of the Old Testament commands which embody moral principles are not to be annulled but to be respected. These apparently include the requirement to tithe carefully all of our income. The tithing of the garden herbs is not to be neglected even though its rank is far less than justice, mercy, and faithfulness. I do believe that tithing is a natural or moral principle. Here I see another argument for that!

Here is how I am reasoning. Jesus is presented here as fulfilling the Old Testament Scriptures. As we have seen, this fulfillment includes not only the fulfillment of its prophecies, but the entirety of the Old Testament Scriptures. Now we see that it requires also the keeping of its moral law as it stands and where it stands. Thus, the fulfillment which Christ brings to the Old Testament is multi-faceted. We need not and must not think that Jesus means that Christians must continue literally to observe the ceremonial laws. They clearly prefigured Christ. Nor must we include in the laws which we must keep the judicial laws which governed the theocratic kingdom which has now passed away under the judgment of God. Rather the laws—even the least of them—which the Christian must do and teach are the moral laws as revealed in the Old Testament commandments. Thus, the threefold division of the law is a straightforward necessity required by a common-sense exposition of Matthew 5:17-19.

“The O.T. does not derive its authority for us only from its being repeated, and only insofar as it’s repeated in the New. No, it is authoritative for us in and of itself. It can be shown in a number of places that this was, indeed, the position of the apostles. Let me just give one example. Consider Paul’s words to Timothy in 2 Timothy 3:16-17, “All Scripture is given by inspiration of God, and is profitable for doctrine, for reproof, for correction, for instruction in righteousness, that the man of God may be complete, thoroughly equipped for every good work.” What Scripture is Paul referring to here? Though this text has profound implications for all Scripture, Old and New Testaments, yet at the time Paul wrote this, except for certain portions of the gospels perhaps (see 1 Tim. 5:18) and some letters from Paul, the only scriptures available to Timothy were the Old Testament scriptures. Paul is telling us here that the Old Testament scriptures retain their authority. And notice that includes the ethical instruction of the Old Testament. It is profitable for doctrine,” but not only doctrine or teaching, but for, “reproof, for correction, for instruction in righteousness.” So as one has commented, “It is the whole of Holy Scripture that Paul is referring to, not merely selected parts that are repeated by Christ and His apostles. This passage teaches us that the whole O.T. is inspired of God and is still profitable for men in the Christian ministry under the New Covenant.”  And again, we specifically have reference here to the ethical, or moral, teaching of the O.T. It is profitable for reproof, for correction, for instruction in righteousness.””

How can Paul simply quote the Fifth Commandment as authoritative for Christians in Ephesians 6? How can he lay the foundation for male headship in 1 Corinthians 14 by simply saying “as law also says.” How can he say that the law is holy and the commandment holy, just, and good in Romans 7? He can do all this because he believed that the Old Testament statement of the moral law was authoritative as stated and found in the Old Testament. And he could only assume this because he believed in what amounts to the threefold division of the law.

Implications of Jesus’ Relationship to the Law

You remember that we are working through Matthew 5:17-20 under the theme we determined at the beginning of this blog series. That theme concerns Jesus’ relationship to the Old Testament Scriptures. Those Scriptures are described in the way typical of the New Testament as the law and the prophets. Jesus’ relation to them is described both negatively and positively. It is not to abolish but to fulfill them. Jesus comes to bring the Scriptures to their intended goal or predestined destination. This relationship of Jesus to the Old Testament is the underlying theme of the entirety of verses 17-20.

Jesus Came to Fulfill the Law – What Does that Mean?

Confessional Reformed Baptists have in the last 40 years been fighting a two-front doctrinal war over the law of God. Ground zero in this war has been Matthew 5:17-20.

← Jesus Came to Fulfill the Law - What Does that Mean? Implications of Jesus' Relationship to the Law →