Faculty, Administration & Board of Directors

CBTS Faculty fully subscribe to the 1689 Confession of Faith, hold an advanced
degree in their field of instruction, and possess significant pastoral experience

Dr. Fred Malone has served as pastor of First Baptist Church in Clinton, Louisiana for the past twenty years, following eleven years as founding pastor of Heritage Baptist Church in Mansfield, Texas. He holds a B.S. from Auburn University, an M.Div. from Reformed Theological Seminary and a Ph.D. in New Testament from Southwestern Baptist Theological Seminary. Dr. Malone has served as a board member of many organizations including Founders Ministries, Southern Baptist Theological Seminary, the Administrative Council of the Association of Reformed Baptist Churches in America and the Institute of Reformed Baptist Studies at Westminster Seminary in California. Dr. Malone has authored A String of Pearls Unstrung and The Baptism of Disciples Alone. 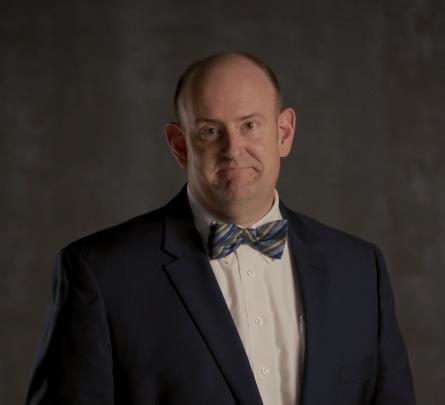 Dr. Chris Holmes is originally from near Nashville, Tennessee. He serves as the Head of School for Grace Christian Academy, a new Christian high school in Owensboro, Kentucky. He also serves on the pastoral staff of Yellow Creek Baptist Church. He is married to Beth, and they have one son, Henry. Chris pursued ministry studies at The Southern Baptist Theological Seminary in Louisville, Kentucky. His M.Div. program focused on Christian worship and served as a platform to pursue a Th.M. in New Testament and a Ph.D. in Christian preaching and Baptist history. His dissertation centered on the published sermons of Benjamin Keach and the way he used metaphors to enhance the effectiveness of his preaching. In addition to his ministry responsibilities, Chris enjoys teaching and training pastors in other nations. 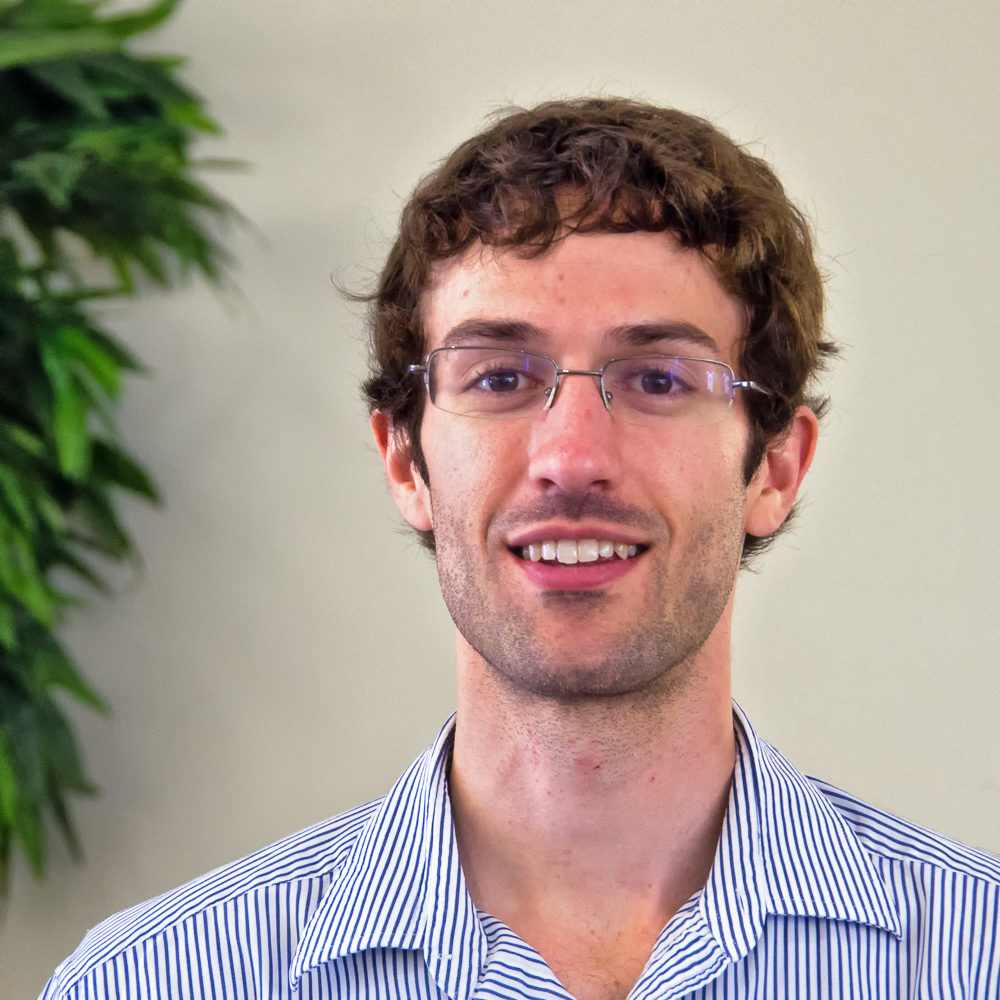 Michael Emadi is married to Ashley and they have three children, Liam, Lorelai, and Méav.  He received his B.A. from the University of Utah before serving in the U.S. Air Force as an Intelligence Officer.  He received his M.Div from the the the Midwest Center for Theological Studies (precursor to CBTS) in joint cooperation with the Reformed Baptist Seminary and MABL degree (Master of Arts in Biblical Languages) from Houston Baptist University.  Michael has also served as the professor of biblical languages for CBTS since 2013.  He currently lives in Ireland where he works as a missionary. 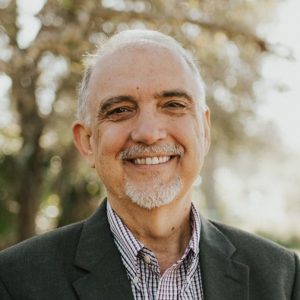 Dr. Tom Ascol is adjunct professor of Practical Theology. He has served as senior pastor of Grace Baptist Church in Cape Coral, FL, since 1986. As the executive director of Founders Ministries and editor of Founders Journal, he maintains an extensive preaching schedule at conferences and churches nationally and abroad. He received a B.S. from Texas A & M University and an M.Div. and Ph.D. from Southwestern Baptist Theological Seminary. Dr. Ascol served for two years as adjunct professor of theology for New Orleans Baptist Theological Seminary. He is presently adjunct professor of Systematic Theology at Reformed Theological Seminary in Orlando, FL. Besides contributing articles and chapters to numerous publications, he has edited two significant books: Reclaiming the Gospel and Reforming Churches and Dear Timothy. Dr. Ascol is a member of the Evangelical Theological Society.

Courses taught: A Biblical Assessment of the Social Justice Movement, Preaching I. 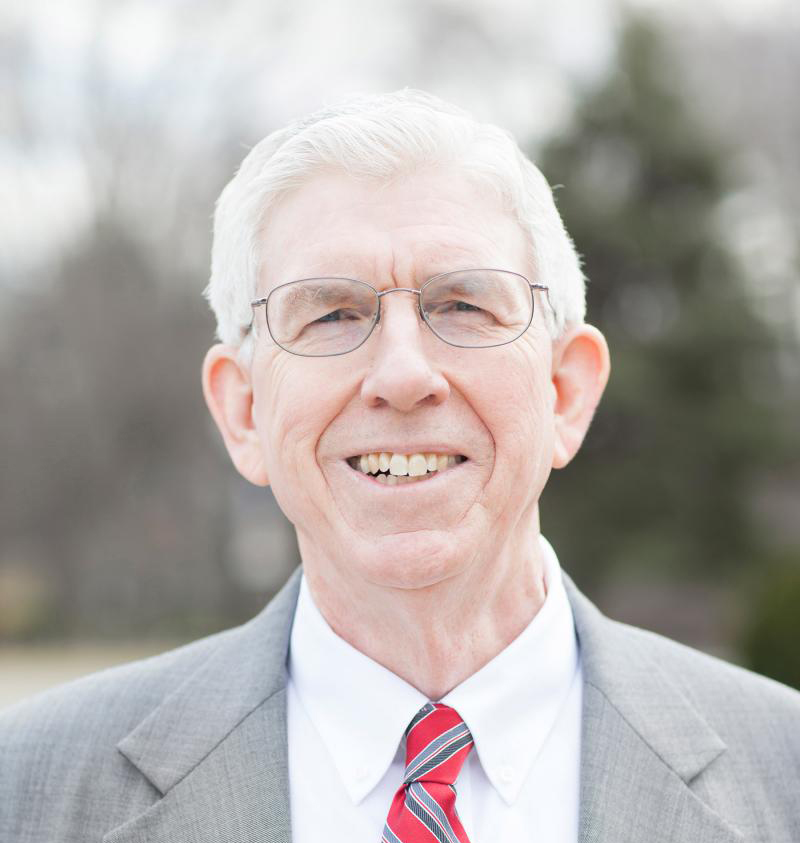 John Miller was called to Grace Baptist Church, July 2017, as Senior Pastor.  John received his Master of Divinity from Greenville Presbyterian Theological Seminary in 2007 and received his Master of Theology degree in Biblical Studies  from Puritan Reformed Theological Seminary in May of 2018.  He previously served as a church planter in Clarksville, TN.  Pastor John and his wife Elizabeth have four children; Kathryn, Kristyn, Nathan and Samuel. 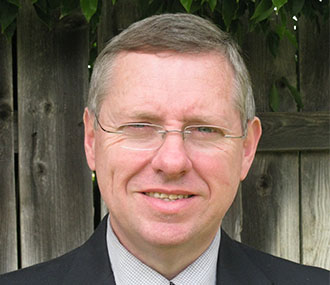 After a ministry of church planting in Central Massachusetts, Dr. James Renihan and his family moved to Escondido, CA in 1998 to begin serving as Dean of the newly formed Institute of Reformed Baptist Studies. He has led that work for the past 19 years. He has served as a pastor in churches in Massachusetts, New York and California, and currently serves at Christ Reformed Baptist Church, Vista, CA.

He is a graduate of Trinity Evangelical Divinity School (Ph.D.), Seminary of the East (M.Div.), Trinity Ministerial Academy, and Liberty Baptist College, (B.S.). His academic work has focused on the Second London Baptist Confession and the broader Puritan theological context from which it arose. He has been published in many journals, and is the author of multiple books including Edification and Beauty, A Toolkit for Confessions, True Love, Faith and Life for Baptists and several others.

Dr. Renihan and his wife Lynne have five adult children, who all love and serve Christ, and nine grandchildren. Two are pastors of Reformed Baptist churches.

Course taught: The Puritans in Context.

Dr. Sam Renihan graduated from the University of California, Irvine with a Bachelor’s degree in Spanish Literature and Culture. Sam completed an MDiv at Westminster Seminary California and the Institute of Reformed Baptist studies. In September of 2012, he was ordained and installed as a pastor of Trinity Reformed Baptist Church, La Mirada, CA. He received his PhD from the Free University of Amsterdam in the Fall of 2017.

James White is the director of Alpha and Omega Ministries, a Christian apologetics organization based in Phoenix, Arizona. He is a professor, having taught Greek, Systematic Theology, and various topics in the field of apologetics. He has authored or contributed to more than twenty four books, including The King James Only Controversy, The Forgotten Trinity, The Potter’s Freedom, and The God Who Justifies. He is an accomplished debater, having engaged in more than one-hundred forty moderated, public debates around the world with leading proponents of Roman Catholicism, Islam, Jehovah’s Witnesses, and Mormonism, as well as critics such as Bart Ehrman, John Dominic Crossan, Marcus Borg, and John Shelby Spong. In recent years James has debated in such locations as Sydney, Australia, as well as mosques in Toronto, London, and South Africa. He is an elder at Apologia Church, has been married to Kelli for more than thirty two years, and has two children, and two grandchildren, Clementine and January.

He is the author of a number of books, including The Spirit of God: The Exegesis of 1 and 2 Corinthians in the Pneumatomachian Controversy of the Fourth Century (E. J. Brill, 1994); One heart and one soul: John Sutcliff of Olney, his friends, and his times (Evangelical Press, 1994); Kiffin, Knollys and Keach: Rediscovering Our English Baptist Heritage (Reformation Today Trust, 1996); ‘At the Pure Fountain of Thy Word’: Andrew Fuller as an Apologist (Paternoster Press, 2004); Jonathan Edwards: The Holy Spirit in Revival (Evangelical Press, 2005); The God who draws near: An introduction to biblical spirituality (Evangelical Press, 2007).

Dr. Tom Hicks received an MDiv from The Southern Baptist Theological Seminary and a PhD in church history and systematic theology from the same institution. Dr. Hicks serves on the board of directors for CBTS, has contributed to various books and journals, and is a member of the Evangelical Theological Society. He was called to be the Senior Pastor at First Baptist Church of Clinton, LA in 2016. 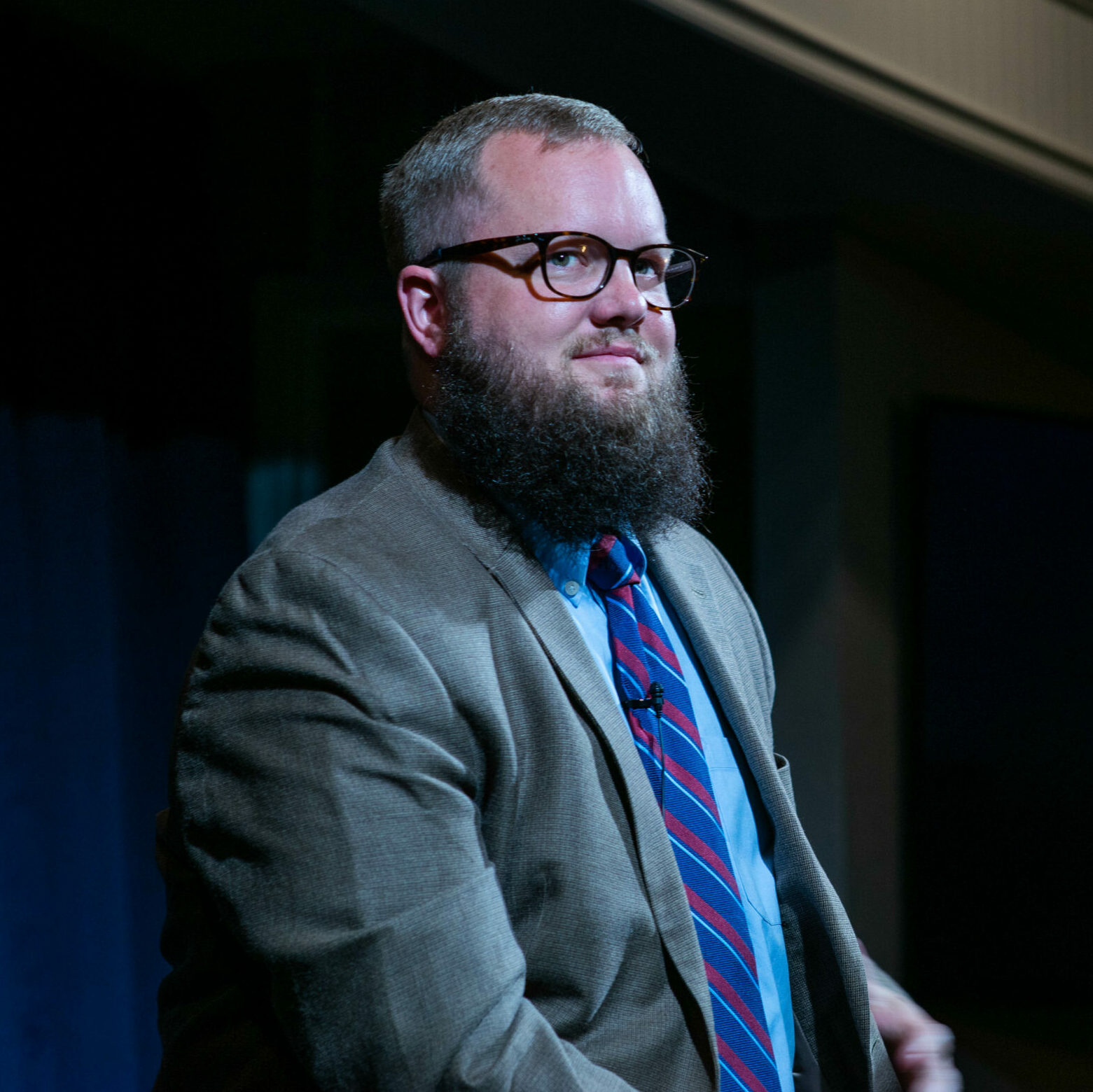 Jon English serves as Pastor of Discipleship for Morningview Baptist Church in Montgomery, Alabama. He has earned a Bachelor’s degree from Auburn University Montgomery, a Masters of Divinity from The Southern Baptist Theological Seminary, and a PhD in Systematic and Historical Theology from SBTS. Jon English is a member of the Evangelical Theological Society, a fellow for the Center for Pastor Theologians, and an adjunct professor for Covenant Baptist Theological Seminary.

Course taught: The Decalogue & the Sabbath in Redemptive History 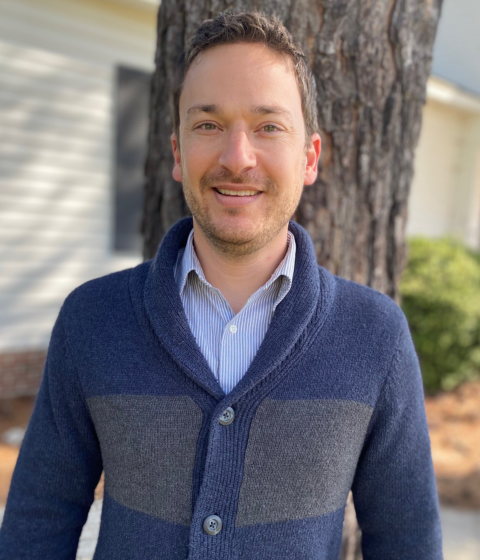 Pastor Ryan has been serving at Grace since August of 2008. Ryan is married to his beautiful wife Christie, and they have four wonderful children: Micah, Lydia, Shaphan, and Magdalene. Ryan holds degrees from Samford University (B.A.), The College of William & Mary (M.Ed.) in Counseling, and Southern Seminary (Th.M.) in Louisville, KY, and is completing a (Ph.D.) from The Free University of Amsterdam, Netherlands in Early Church History/Pastoral Theology. He has also undertaken further graduate studies at Puritan Reformed Theological Seminary, Grand Rapids, MI. Ryan also teaches adjunctly at one local University and in pastor training locations around the world. He has published a few resources to aid the body of Christ including Thinking Through Anxiety (Ichthus, 2017) and Green Pastures: A Primer on the Ordinary Means of Grace (Reformed Baptist Academic Press, 2019). Ryan likes fishing with the kids, enjoying his wife’s culinary delights, running (every once in a while), and fellowship with friends around the table. 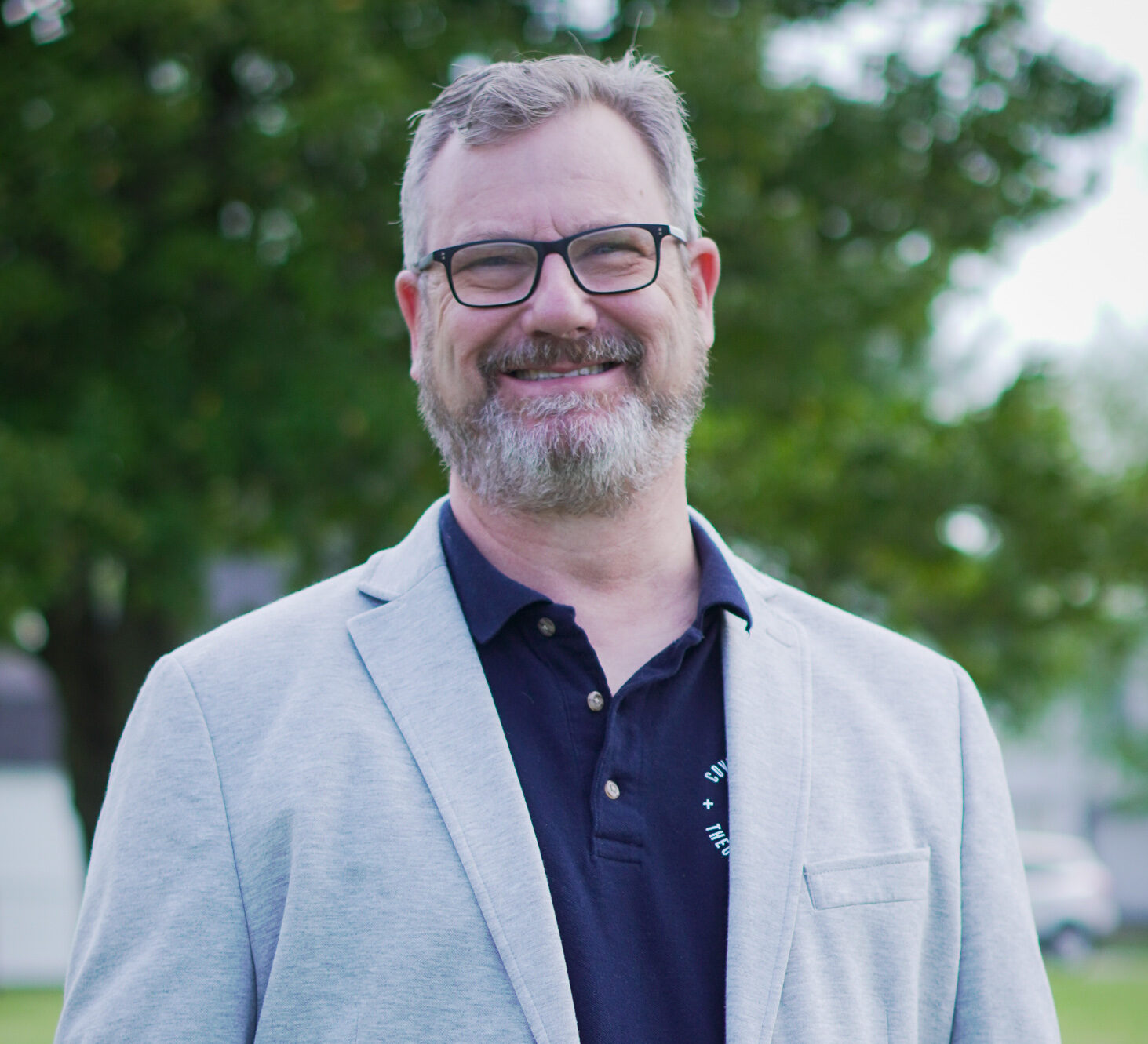 Dean of Students, Director of Administration 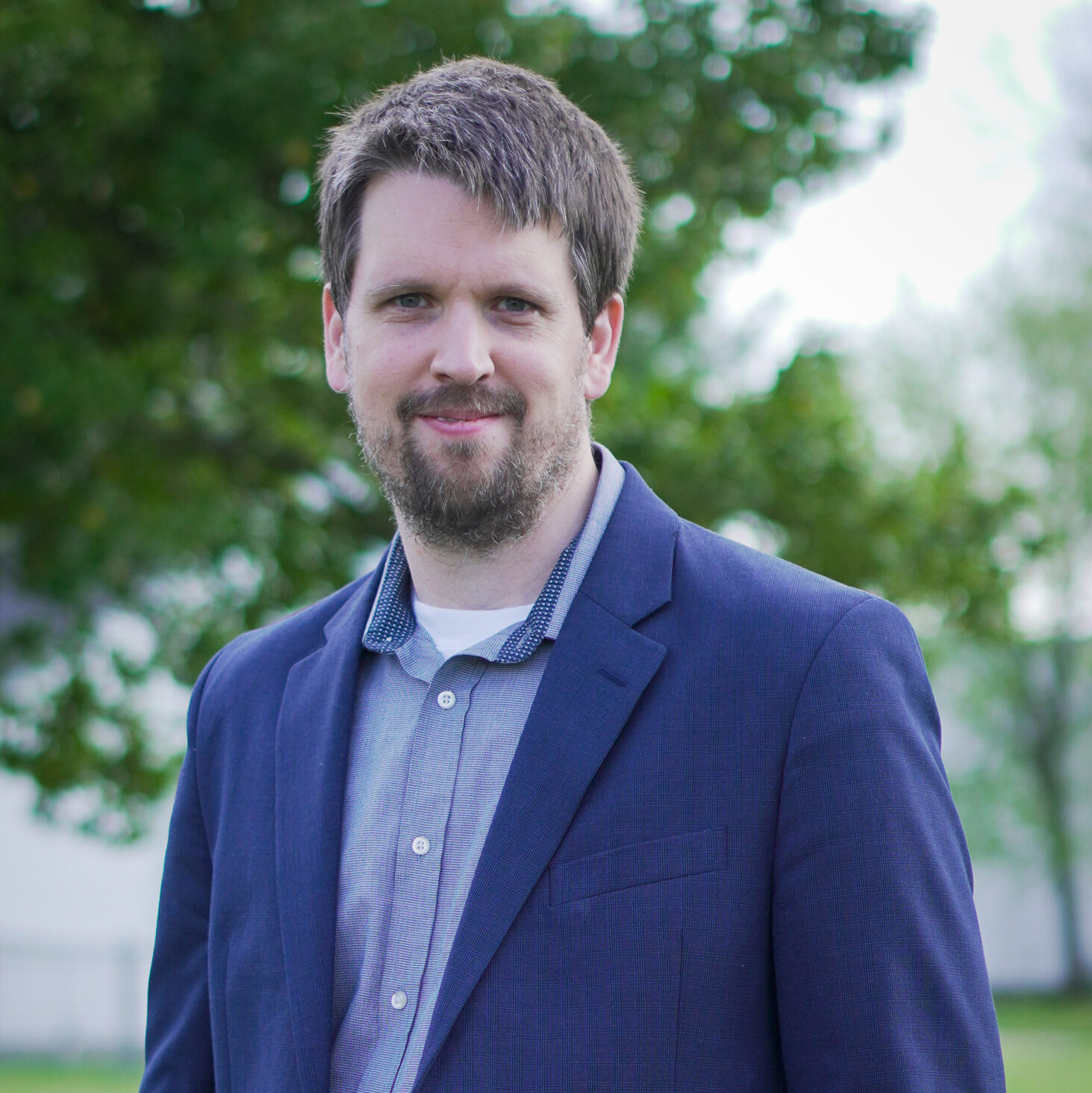 Brice Bigham came on staff at CBTS in 2019. He is an M.Div. Student at CBTS and a Pastoral Intern at Grace Reformed Baptist Church of Owensboro, KY. He lives with his wife Alina and their three children. Brice particularly enjoys church history, gardening, biking, and spending time with his family. 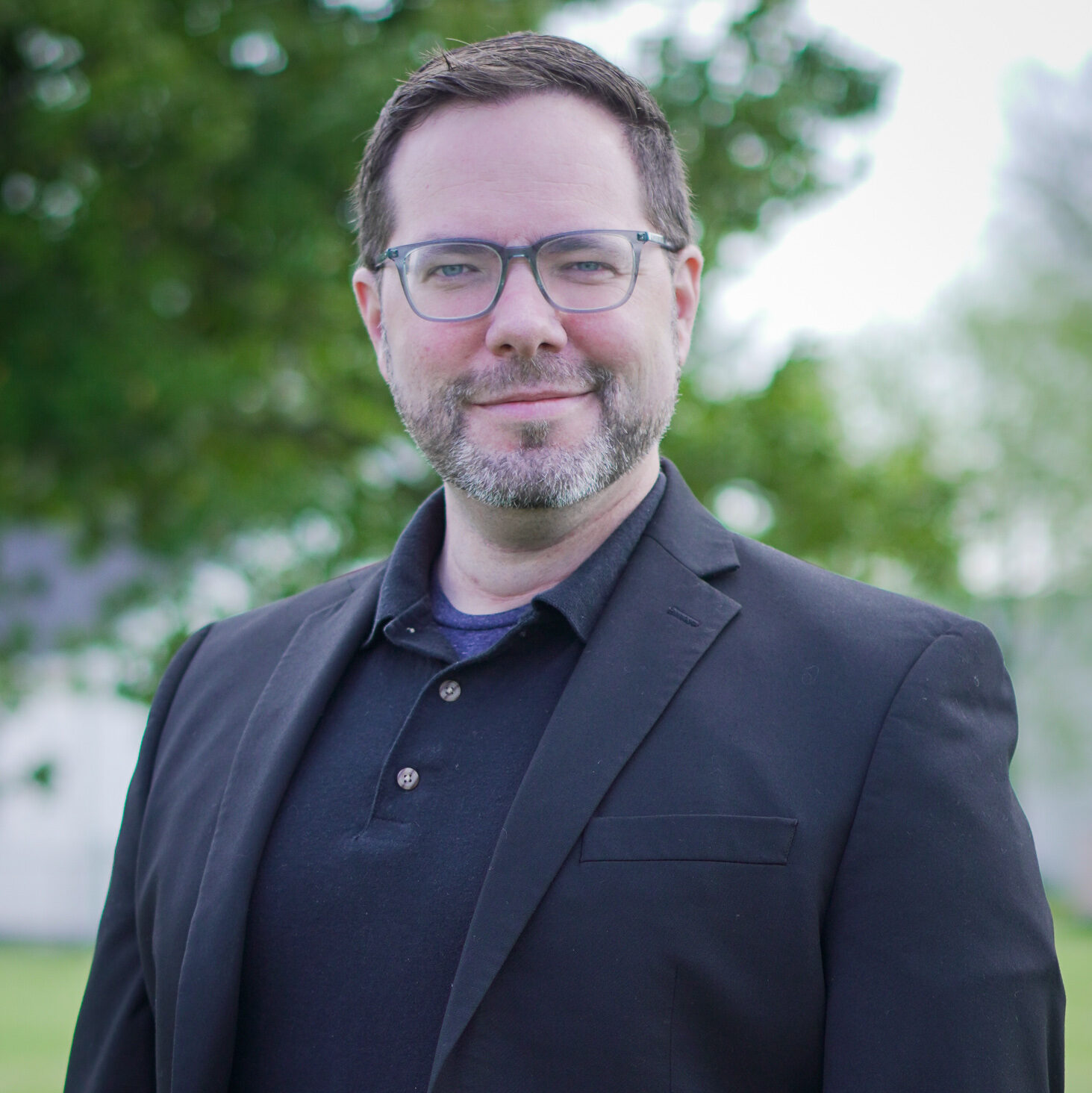 Assistant to the President, Director of Admissions, Registrar

Blake has been on staff at CBTS as Assistant to the President since 2020. Blake is a 2013 MATS graduate of CBTS and has served as a foreign missionary in Africa twice. Blake is a member of Grace Reformed Baptist Church in Owensboro, KY. He is married to Niki and has a son and two daughters. Blake enjoys reading, science fiction, and old houses. 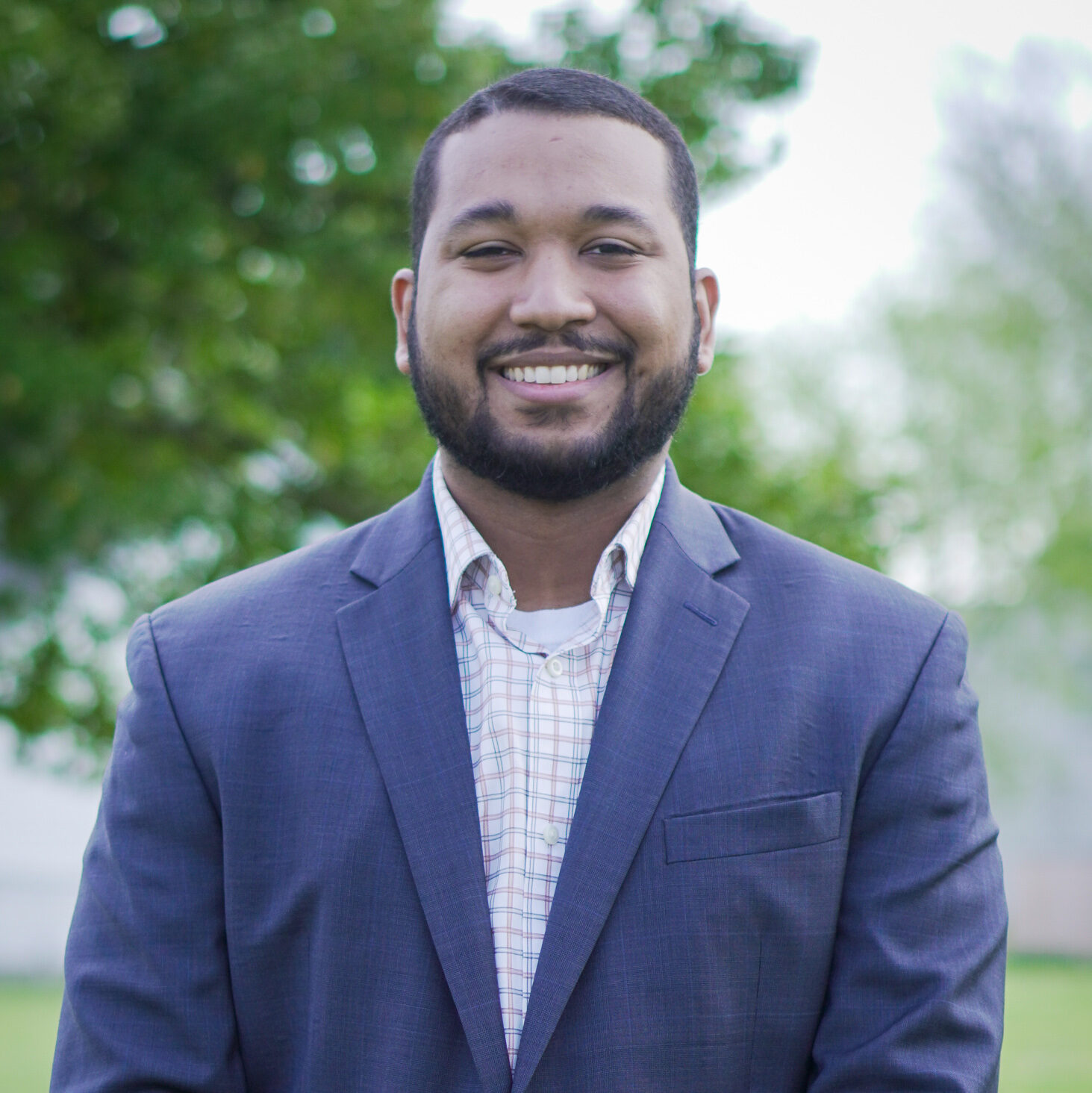 Roberto came on staff at CBTS in the fall of 2020 as Director of IT. He is an M.Div. student at CBTS and a Pastoral Intern at Grace Reformed Baptist Church of Owensboro, KY. He married Chaneirys in May of 2013. Together they have three children. 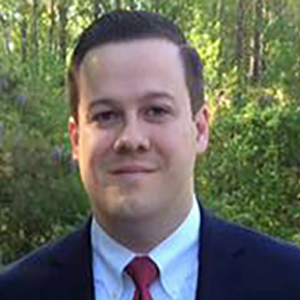 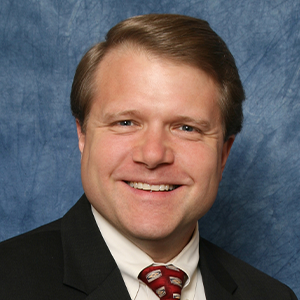 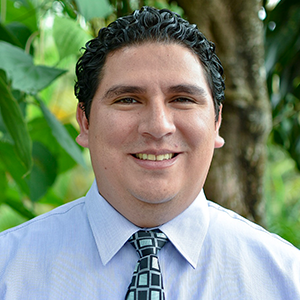 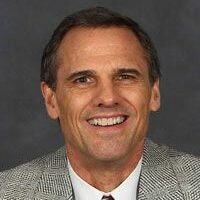